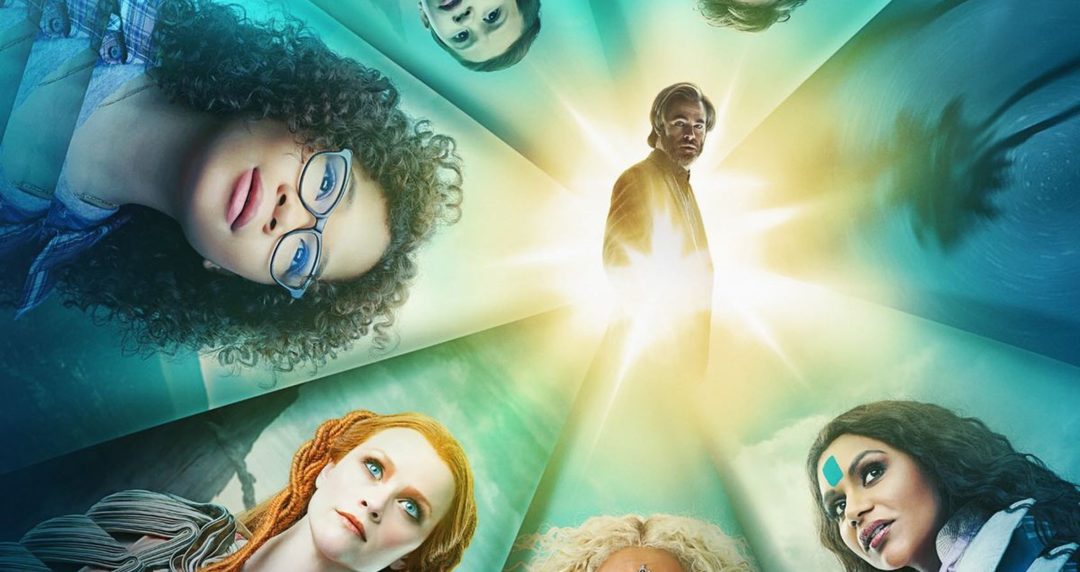 Leawood, Kan. (February 23, 2018) — Moviegoers of all ages anxiously await the newest blockbuster adaptation from Disney, A WRINKLE IN TIME, directed by award-winning filmmaker Ava DuVernay. In advance of the movie’s opening, Color Of Change and AMC Theatres® are proud to announce the Give A Child The Universe initiative, powered by people and local communities, and helping thousands of youth see the movie for free beginning March 9.

Starting today, Give A Child The Universe encourages individual and group benefactors to purchase and donate tickets to the movie, enabling underprivileged children to see A WRINKLE IN TIME at a matinee showing at their local AMC Theatres location. Using the donations, Color Of Change will distribute tickets to a passionate network of local partners, schools and community-based organizations, allowing children to enjoy this highly anticipated title regardless of economic challenges.

“Color Of Change believes in the power of images and supports those working to change the rules in Hollywood so that inclusive, empathetic and human portrayals of Black people and people of color are prominent on the screen,” said Rashad Robinson, executive director of Color Of Change. “From ‘Selma’ to now ‘A Wrinkle In Time,’ Ava DuVernay has set out to change the rules in Hollywood for people of color and women. By casting a black teenage actress Storm Reid as the heroine at the center of this story, the filmmakers and the studio send a powerful message to millions of young people who will see someone like them embracing their individuality and strength to save the world. We are pleased to partner with AMC to ensure that as many young people as possible, regardless of economic and financial hardships, can see this groundbreaking film.”

“The WRINKLE IN TIME story is one that children from all backgrounds and walks of life can identify with and draw inspiration from, and we are thrilled to celebrate this film in a meaningful way, through the vision of Ava DuVernay and in partnership with Color Of Change,” said Nikkole Denson-Randolph, vice president, special content, AMC.

About Color Of Change

Color Of Change is the nation’s largest online racial justice organization. As a national online force driven by over one million members, we move decision makers in corporations and government to create a more human and less hostile world for Black people in America. We activate our members to take action on crucial issues—from criminal justice to media representations to the social safety net and voter freedom—so that we can build the power necessary to transform the written and unwritten rules of society. Our work – both rapid response and long-term campaigns for change – amplifies the voices of Black folks and our allies, building power and delivering meaningful wins that create consequences for racial injustice and build momentum for implementing solutions that move Black people and all people forward. For more information, go to www.colorofchange.org/.

AMC (NYSE:AMC) is the largest movie exhibition company in the U.S., Europe and the world with approximately 1,000 theatres and more than 10,000 screens across the globe. AMC has propelled innovation in the exhibition industry by deploying more plush power-recliner seats, delivering enhanced food and beverage choices, generating greater guest engagement through its loyalty program, web site and smart phone apps, offering premium large format experiences and playing a wide variety of content including independent programming. AMC operates among the most productive theatres in the United States’ top markets, having the #1 or #2 market share positions in 22 of the 25 largest metropolitan areas of the United States, including the top three markets (NY, LA, Chicago). Through its Odeon subsidiary, AMC operates in seven European countries and is the #1 theatre chain in the UK & Ireland, Italy and Spain. For more information, go to www.amctheatres.com.