Advocates Hail the Passage of Intro. No. 741-A to End the Kickbacks from Jail Calls and Make All Calls from Rikers Free 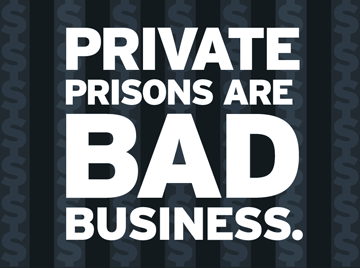 Joint Statement on a Victory Against Jail Profiteering

July 18, 2018 – Today, the New York City Council passed Intro. No. 741, legislation sponsored by Speaker Corey Johnson, which requires the City to provide telephone services to people in the custody of the Department of Correction for all domestic calls at no cost to them or their receiving party. In addition, the City will be prohibited from receiving or retaining any revenue for the provision of these services.

“As advocates for the elimination of financial profits from the injustice system, we welcome the City Council’s passage of legislation to ban City revenue from jail phone calls and make these calls free for people and their loved ones. Thousands of people in NYC jails are there solely because a court set money bail beyond what they could afford, 88% are Black and/or Latinx, and nearly all experience deep poverty. Now, they will be able to maintain crucial lifelines to loved ones in the community without sacrificing scarce dollars for the profits of jail profiteer Securus. Furthermore, the years of multi-million dollar contractual kickbacks to New York City from this corporation will finally come to an end. Altogether, the enactment of this legislation, which was sponsored by Council Speaker Corey Johnson, will save impacted families approximately $8 million dollars every year – money that can go toward essentials and remain in their communities. We urge Mayor de Blasio to sign it into law. Furthermore, we will hold the Board of Correction accountable to ensuring that this new policy around accessing free phone calls is thoroughly and safely implemented in city jails.”

Background: In the community, people can access free telephone services via the LinkNYC kiosks or internet calling apps. Meanwhile, the City collects $5 million in annual commissions—with one of the highest commission rates in the country—from a contract with Securus that extracts more than $8 million in calls and fees from people in City jails. Upon discovering this revenue in the City budget, advocates, including formerly incarcerated New Yorkers, and public defenders mobilized to put an end to it. The bill now goes to Mayor de Blasio for signature.