Color Of Change: Pantaleo Decision is Result of Persistent Outcries from Activist Community 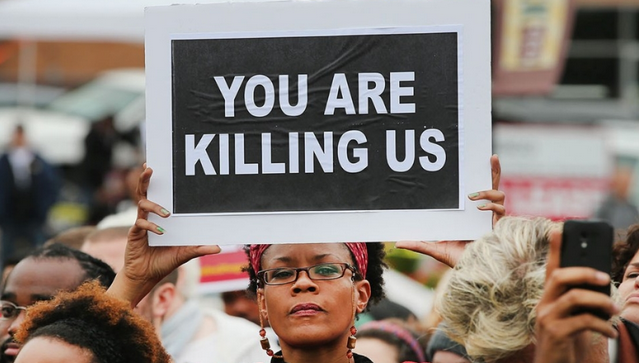 “First and foremost, our hearts go out to the Garner family, who throughout all of the delays and excuses over the last five years are still missing their son, husband and father. Nothing can bring Eric Garner back or mend the hurt his family has endured.

This overdue outcome, which has been five years in the making, is not a victory, but rather the direct result of relentless activism and organizing from the activist and criminal justice communities both here in New York and across the country. While the NYPD has consistently and systematically tried to silence those who have demanded justice and transparency, this community persisted.

This decision is a signal to police forces across the country that they must be responsive to the communities they are meant to protect, and if they act beyond those interests, they will be held accountable. Color Of Change and its 1.5 million members will continue to demand justice and accountability from every facet of the criminal justice system, including the other officers involved in falsifying records and covering up information in this case, to ensure no family must endure the pain the Garner family has faced these past five years.”

New York, NY — Activists issued a scathing statement this afternoon in response to recent attempts by the NYPD to silence the efforts of citizens seeking justice for victims of police violence. The letter, drafted by Ferguson Action, and cosigned by over a dozen grassroots organizations takes aim at PBA president Patrick Lynch and Commissioner […]