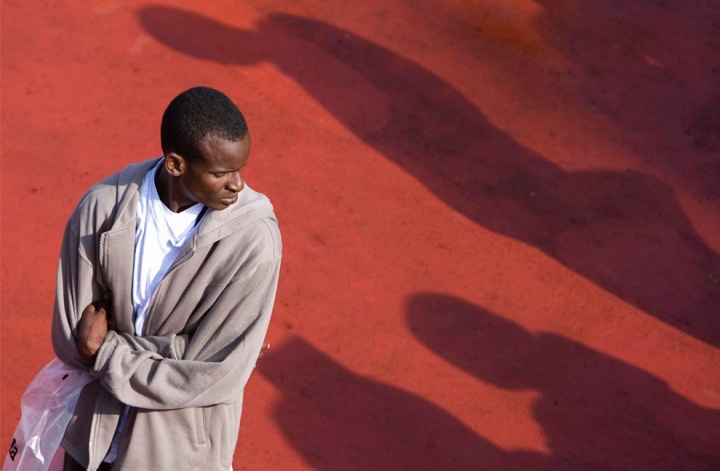 The COVID-19 pandemic has reached pandemic proportions in the United States because of a lack of corporate and government accountability and decades of inequality that magnify its effects on our communities. These failings put Black lives at unnecessary, higher risk.

“Color Of Change was founded in 2005 in the wake of Hurricane Katrina, when no one cared about disappointing Black people, with morbid consequences. Now, faced with the prospect of Trump’s Katrina, Color Of Change is launching a series of campaigns that will mobilize Black people across America to ensure racial justice in Coronavirus response.  There is still time for us to get this right. Together, we will hold corporate and government decision-makers accountable and ensure that Black and marginalized communities are not denied the care, protection and support that all communities deserve. Together we will demand an end to the systemic injustices that continue to deny us freedom and make us vulnerable.

“News and social media companies can play a key role in helping vulnerable communities access the information they need to stay safe. As a public service, news outlets should remove subscription paywalls that restrict access to valuable public health information for low-income and marginalized communities, which may not be able to pay for updates on COVID-19. We understand that revenue is critical for producing independent journalism, but this is a unique and dire circumstance where news agencies have an opportunity to do good for everyone in our society, no matter their economic standing.

“The need for free and accurate reporting is compounded by the fact that misinformation is running rampant during this pandemic. We have already seen dangerous rumors that Black people can’t catch Coronavirus. Companies like Amazon and Barnes and Noble are profiting from inaccurate “coronavirus survival guides” that increase the spread of misinformation. Meanwhile, Tech companies, including Facebook and Google, continue to uphold dangerous policies that allow misinformation to spread, often targeting Black communities. Color of Change renews our calls for these corporations to more responsibly vet posts, video content and advertisements about the virus on their sites.”

“Let’s be clear, the Trump administration has hallowed out the federal government’s response infrastructure in order to give mass tax cuts to billionaires. People who had a lot four years ago have more now, while regular Americans are left without the windfalls we now desperately need. The remedy requires more than just reversing what they’ve done. That’s why we’re calling on them to underwrite all testing and coronavirus treatment using the tax framing.

“This pandemic reveals a terrifying reality– many Americans don’t even know if they are infected with COVID-19 because they are scared to go to the hospital and receive free tests and treatment that may saddle them with debt that could take years to pay off. After years of republicans, big pharma and major corporations fighting against paid sick leave legislation and medicare for all we are left with a crisis where disproportionately Black low wage workers are continuing to support the public without the health insurance or paid time off that would make us all safer. We are only as safe as our most uninsured person making it clear that our government and large corporations have already failed the American public. Meanwhile, billionaires like Jeff Bezos, Mark Zuckerberg, and Bill Gates, who have made billions from Americans, have the means to provide testing for the entire country, several times over.

“As we face down a potential recession, we also must ensure that our government bails out the working people and consumers who will feel the brunt of this recession, instead of executives and industries who have been hoarding their profits since Trump’s tax cuts took effect.  When we return to “normal,” the normal for most people will be economic hell. That’s why we are immediately calling for a moratorium on evictions and utility shut-offs. For Black and poor communities that are being urged by the Center for Disease Control to stay home from work as much as possible, following health instructions shouldn’t mean added financial hardship.”

“It is no secret that Black voters have already faced difficulties participating in our democracy before the COVID-19 pandemic began. Just last week we saw six-hour lines at the polls in communities of color in Texas, where 750 polling places have been closed over the last several years, primarily in communities with growing numbers of Black and Brown voters. That and similar racist attacks on voting access have been widespread since the 2013 Supreme Court decision that gutted the Voting Rights Act. Since that decision, many states have limited access to early voting, vote-by-mail, and other ballot access initiatives that were already vital for voters who did not have the job or family flexibility necessary to vote in person during polling hours on election day. Now with Coronavirus, existing voter disenfranchisement only exacerbates both the health risks and the lack of access for Black voters.

“States with upcoming primary elections should actively consider providing expanded ballot access on an emergency basis for this election and in a permanent, ongoing way for future elections. Any restrictions on travel or public gatherings must include provisions or exceptions that will ensure that voters, particularly oft-targeted Black voters, voters reliant on public transit, and other marginalized voters, are not disenfranchised. We applaud early efforts by officials like U.S. Senator Ron Wyden’s bill to protect voters and elections against COVID-19 risks.

“This epidemic also lands at a critical time for the launch of the 2020 Census. We must ensure that our national response does not jeopardize a full and accurate count of all populations and neighborhoods. Black people are among the most undercounted populations in the census and an undercount will lead to communities not getting the funding and representation they need or deserve for the next 10 years. While the census will add the option to respond by phone or online this year, coronavirus fear will likely hinder the efforts of census workers going door-to-door to ensure participation. The Census Bureau should make clear and effective contingency plans for ensuring that traditionally undercounted populations get the follow-up and personal contact needed despite any restrictions in place.

“We are deeply concerned about the health, safety, and dignity of disproportionately Black incarcerated men and women as officials respond to this outbreak. While prison populations are quarantined from the general public, they are at high risk for COVID-19 outbreaks as they are kept in close quarters with inadequate food, water, and health care.  Yet the nation’s jails and prisons have reportedly little access to coronavirus tests and in some cases, no soap, despite the inevitable spread of the epidemic in a captive population. Federal and state officials must ensure that testing and treatment for COVID-19 is available as needed in all jails and prisons.

“Concern for this population is only exacerbated by the fact that large percentages of the American prison population are incarcerated without trial, presumed innocent, but held because they are too impoverished to pay bail. There is no need for these people to be unjustly exposed to sub-par sanitary conditions in the midst of a pandemic, simply because they are poor and disproportionately Black. Similarly, state and local officials should also use all available powers to immediately release incarcerated people who are particularly vulnerable to illness, such as the elderly and pregnant women, so they can move to lower risk environments. And anyone who tests positive for COVID-19 inside a jail or prison should be released and moved to receive adequate care in a hospital. We cannot allow the defense of our racist system of mass incarceration to take precedence over the health and well being of millions of incarcerated people.

“They must also eliminate requirements that force incarcerated people to perform jobs that put them at risk for contracting the virus and institute a minimum wage for incarcerated workers who are providing vital services during this crisis. In New York state, prisoners are being forced to manufacture hand sanitizer, that they are banned from using, while being paid only pennies-per-hour in a cruel and ironic extension of American slavery.

“Finally, we must be vigilant against any attempts to abuse or misuse any public health quarantine measures to criminalize Black and brown communities. We cannot create criminal penalties for acts of survival or we will risk undermining our community’s trust in public health officials in the middle of this crisis.”