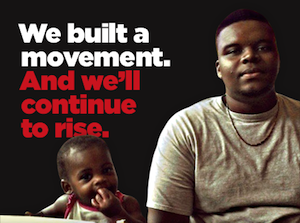 “St. Louis Prosecutor Bob McCulloch’s egregious behavior is grounds for his license to be revoked. It is not only unconscionable that he allowed lying witnesses to testify, it is illegal and in violation of the Code of Professional Ethics. Governor Nixon must also be held to task; he has had every opportunity to remove McCulloch from the case but his failed leadership to do so or protect the constitutional, civil, and human rights of Missourians has allowed systemic prejudice and corruption in the MO justice system to continue unabated.

“From refusing to arrest Darren Wilson the day he killed Mike Brown to giving improper jury instructions and presenting lying witnesses to the jury, McCulloch has done everything in his power to avoid holding Darren Wilson accountable despite his brutal killing of Mike Brown. McCulloch’s recent statement only confirms what we have known all along; that he is not fit to serve as a prosecutor and botched the case against Darren Wilson. We won’t stand for it and demand immediate action to remove McCulloch from this position.

With over 1 million members, ColorOfChange.org is the nation’s largest online civil rights organization.