BLAVITY: We’re Demanding Accountability From Big Tech In The Fight For Reproductive Freedom 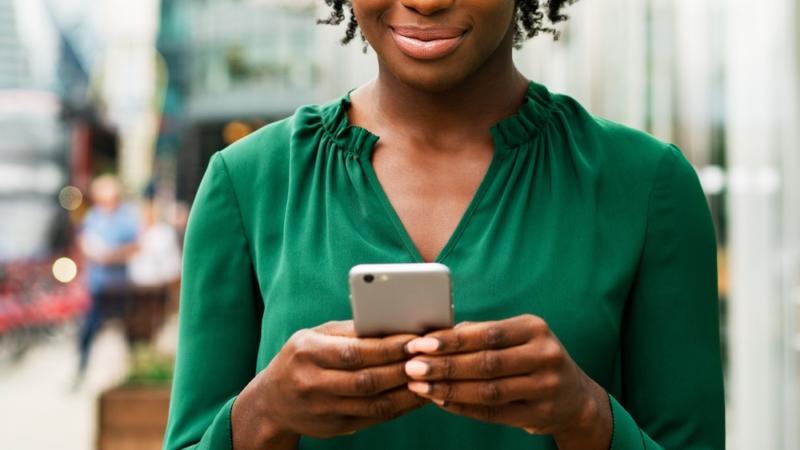 In the wake of a string of unprecedented legislation, we must remind decision makers that both digital and bodily autonomy are non-negotiables of a just society.

Purchasing patterns, usage frequency and even medical information are often cash cows for developing advertising and often, are up for sale. Exposés on data brokers highlight just how easy it is to acquire an abundance of extremely sensitive user data for less than $200. Apps to track menstruation and personal health information are collecting and holding an abundance of data and doing little to protect it — data that can be used to criminalize people for their health care decisions.

In the spirit of privacy violations, just last week Amazon was exposed to have given Ring security footage to police without users’ content, underlining the ongoing struggle between Big Tech and the need for privacy regulation. While tech corporations continuously try to present that they are following equitable privacy practices, a lack of transparency or enforced accountability allows them to downplay the severity of their frequent “slip-ups.” Real legislation that creates a system of enforcement and reduces the unchecked power of these conglomerates is how we directly combat threats to democracy and digital autonomy.

After the Supreme Court overturned *Roe v. Wade last month, states across the country have introduced laws to provide financial incentives for private citizens to seek out and report any “illegal” abortions occurring, even to criminalize people who cross state lines for abortions. This type of legislation combined with easily accessible and unprotected medical information — like menstruation tracking apps and geotargeted tracing around abortion providers — creates a new danger for those seeking reproductive autonomy: digital abortion bounty hunters.

Join Color Of Change’s Demands To Put An End To Abortion Bounty Hunters On Digital Platforms.

Anti-abortion extremists have taken to platforms like Facebook and Twitter to start their shift as bounty hunters in search of any intel to report regarding abortion services. While these extremists run rampant, powerful tech platforms have done nothing to prevent such dangerous rhetoric from spreading like wildfire. If these tech companies do not prioritize the safety of their users, it’s only a matter of time before private citizens can purchase user information and share it with law enforcement — essentially, cutting out the middleman to criminalize someone just for having an abortion. This is not only an attack on reproductive freedom but an attack on digital privacy, and Big Tech is bankrolling on every offense.

The SCOTUS decision, and as a consequence, states’ trigger laws, is a final brush in enacting damage against those seeking abortion services. So often, these individuals are at a point of extreme vulnerability and distress — the risk of incarceration via “bounty hunter” legislation would only enact greater harm against them. Under the current Supreme Court decision, any pregnancy outcome could lead to a prison sentence.

Big Tech has a responsibility and opportunity to put an end to digital bounty hunters before any further damage is done. Concrete action must be taken to implement comprehensive guidelines that further prevent abortion bounty hunting, ensure user privacy and put an end to data collection that could be used to target consumers. In the wake of such regressive legislation, we must remind decision-makers that both digital and bodily autonomy are non-negotiables of a just society. It is a necessity that companies explicitly prohibit content that encourages abortion bounty hunting and ban users or organizations who are working to end the privacy rights of those seeking abortions.

For years, our communities have organized online and in-person to demand the progress necessary for a commitment to justice — a future of reproductive rights, with digital privacy equity, is attainable. The path to revive widespread reproductive rights may be long, but the efforts to instill justice and equity on such powerful digital platforms have the power to have great impact in the years to come.

Join the demands for reproductive justice protections through Color Of Change’s petition here.

Original article was published at https://blavity.com/accountability-big-tech-fight-reproductive-freedom-data-privacy?category1=opinion&category2=technology