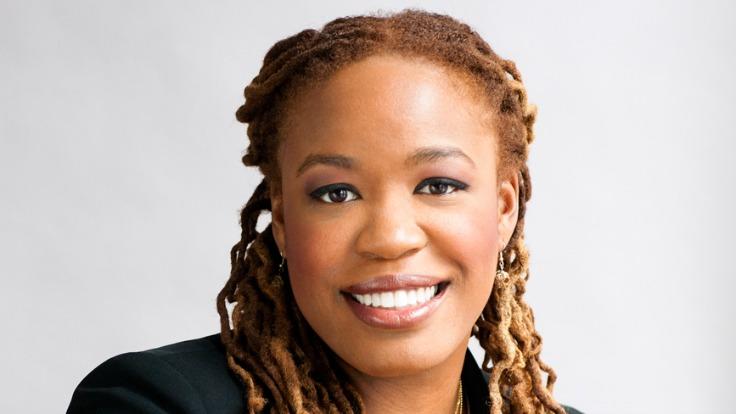 NEW YORK — Color Of Change, the nation’s largest online racial justice group, announced today that  Heather McGhee will become Chair of the Color Of Change Board of Directors. Heather has served as a member of the board for the past year, helping to guide the organization’s efforts to improve the lives and increase the representation of Black people in this country.  She will be taking the helm Monday, December 9, 2019.

“Heather has been a key ally and strategic partner for years and I am thrilled to have her taking on the lead role of our board,” said Rashad Robinson, president of Color Of Change. “This is a testament not only to her work in the fight for racial justice, but also to this moment in history when we as a country, and more specifically as Black people, require strong leaders to ensure our inclusion and representation in high level conversations. With so much work ahead for Color Of Change in a presidential election year, this is yet another sign of our growth — not only in size, but in impact.”

A prominent thought leader in the fight for racial justice, Heather McGhee brings years of relevant experience and relationships to the organization. Prior to becoming board chair, McGhee served as president of Demos from 2014 through 2018. Under her leadership, Demos grew significantly. She led efforts to increase racial diversity of the staff and bring a racial equity lens to all of their work, ultimately making it a majority-person of color think tank. McGhee remains a distinguished senior fellow at Demos.

“Under Rashad Robinson’s leadership, Color Of Change has shown the country that Black people and our allies can set the pace by winning strategic campaigns for the movement that hold government and corporations accountable,” said Heather McGhee on why she chose to step into this new role. “Whether it’s helping to transform the country’s criminal justice system or setting new civil rights and democracy standards for tech platforms like Facebook, Color Of Change has led the way in changing the rules and norms that shape opportunity in America.”

Heather McGhee will bring her experience in organizational management, fundraising, issue advocacy and media to the role of Board Chair, working closely with Rashad Robinson to accelerate the organization’s impact in 2020. Color Of Change c(4), which is affiliated with Color Of Change education fund, plans to continue to hold prosecutors accountable, build on our robust corporate accountability strategy, strengthen our democracy and access to voting and insert the issues affecting Black people on the ballot at every level.

“Color Of Change’s mission has always been about making government and the private sector responsive to Black people,” said James Rucker, founder and former Color Of Change c(4) chair. “Heather taking on this new capacity is another decision the folks at Color Of Change are making in an effort to achieve this goal. Today, with white supremacists fighting in our streets, online, and in the halls of government, we need innovative leaders like Heather. She’s shown in her fights for environmental justice, voting rights and economic freedom that she not only knows what’s wrong with the system, but how to fight back and fix it.”

“After serving on the board with Heather, I know she will continue to show strong leadership in this new role,” said Andre Banks of NYC based communications firm A/B partners, who will continue as the chair of the c(3) side of the organization. “We’re all impressed with Heather’s work at Demos, her role in legislative victories such as the Credit CARD Act and Dodd-Frank, and how she has already used her voice here at Color Of Change. Across the organization, we are ready to build on our successes and capitalize on the upswell of progressive energy.”

McGhee is also an NBC News contributor, frequently appearing on Meet the Press and MSNBC programming. Her opinions, writing and research have appeared in the New York Times, the Nation, the Hill and several other outlets. She has also received an honorary degree from Muhlenberg College, New York University’s McSilver Award for Leaders in the Fight Against Poverty, and Citizen Action of New York’s Progressive Leadership Award, and will be coming out with a book next year on the costs of racism.