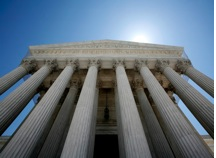 “Today’s vote is an important step toward protecting Black people and marginalized communities from the dangerous combination of racially biased technology and unchecked policing. With requirements for community debate and clear guidelines to safeguard civil rights and civil liberties, San Francisco has given the community more power to reject discriminatory surveillance technologies.

This victory belongs to all the city’s residents, and particularly Black San Franciscans, who can now move more safely in their city. We thank Supervisor Aaron Peskin for his leadership in introducing the bill and for his cooperation with civil rights groups.

Today’s vote adds momentum to the growing movement to restrict the unfettered growth of surveillance technologies. As the first city to ban the use of facial recognition, San Francisco has shown how municipal, state and federal governments can take steps to keep their constituents safe.

Over one thousand Color Of Change members residing in San Francisco contactedc Board of Supervisors, urging them to pass this ban. We will continue our advocacy for safeguards against surveillance technologies in other municipalities and states.”