THE HILL: Translating Presence Into Power 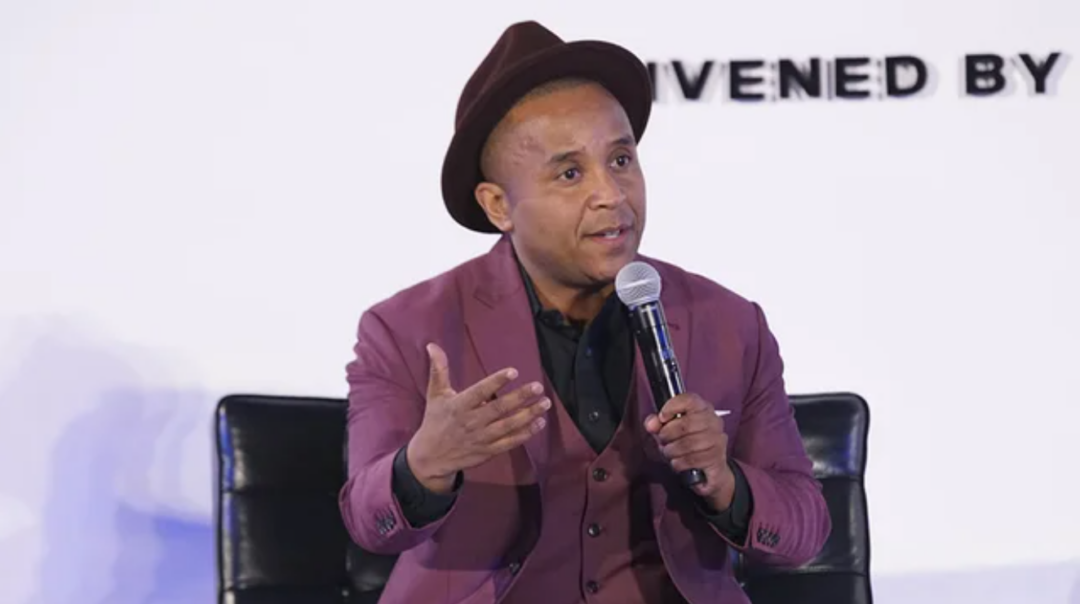 When Rashad Robinson took the reins as president of Color of Change 10 years ago, the civil rights group had a staff of about five, a budget of around $650,000 and its goal on social media was simply to build a following.

But now, with a workforce of approximately 150 and a budget that tops $40 million, Color of Change is one of the leading voices in the push to hold tech giants accountable.

Before he led the calls for Facebook to conduct a racial equity audit — indeed, long before the social media platform even existed — Robinson was using his voice to elicit change.

As a high school student on Long Island, N.Y., he led protests, and hosted and produced a public access talk show where he spoke about political and social issues.

“I had this experience growing up of not only being involved in efforts to fight for change but finding a real connection to that work spiritually for myself,” he said.

After the 2004 election, a series of anti-gay ballot measures passed around the country. That propelled Robinson to take a position at GLAAD.

“I spent six years, really working inside of GLAAD at the intersection of culture, social change, media representation — and really cut my teeth on some of the most powerful social work,” he said.

Shortly into his time there, Robinson shifted from leading the field department, where he oversaw work in local communities, to work in the groups’ programs department, overseeing efforts related to Hollywood and media.

Robinson said he helped push for campaigns to get same-sex wedding announcements accepted in newspapers, hold the press accountable for its terminology and get people who were promoting “conversion therapy” programs banned from serving as “experts” on the LGBTQ community.

During his time at GLAAD, Robinson said he started to feel a “rock rolling downhill” on the LGBTQ campaigns they were working on. But as a gay, Black man, he also found himself noticing issues with media and news coverage regarding civil rights and race.

Robinson said he would reach out to James Rucker, who in 2005 founded Color of Change along with Van Jones in the aftermath of Hurricane Katrina, about different issues that that group could get involved in, not realizing Rucker was looking for someone to lead the organization.

When Robinson joined the organization, he was thrown directly into the fight for net neutrality, he said. And just about a year into his time at Color of Change, Trayvon Martin was fatally shot by George Zimmerman, leading to nationwide protests and increased calls for change.

“Whether it was the issue of fighting for internet rights, the issues of media representation, and all the ways in which they intersect with policy, public safety, I was in the middle of some of the most powerful work inside of an infrastructure that had so much potential to grow,” he said.

“But [we] also have been able to keep a DNA of holding corporations accountable — not asking them for money,” Robinson added.

The group has been pivotal in pushing back on social media platforms — specifically Facebook in a successful push for the Silicon Valley giant to conduct a civil rights audit.

A key turning point was during a 2018 congressional hearing, when Sen. Cory Booker (D-N.J.) used his questions to get Facebook CEO Mark Zuckerberg to agree to conduct the audit during his testimony.

“We had these moments where we were building more of that image, we were building power. Being in a place to get a United States senator to use their questions to press around this — all of this was about the ongoing building,” Robinson said.

Even after Zuckerberg’s testimony, it took additional meetings with Facebook executives to urge them to release data from the audit, he said.

The audit was released by Facebook last July. Robinson said it was a “big win,” but there’s still work to be done.

“That was the first step in creating more visibility and transparency about the scope and the range of a problem. By no means was it a win in itself,” he said.

Robinson said, “we’re in a catch-22,” because the platforms have been able to operate with a “level of immunity” and a “lack of transparency,” creating “a perfect storm for this company that has so much power, so much reach to create so much harm.”

Color of Change hasn’t limited its focus to Facebook. Earlier this year, the organization launched a petition calling for Google to conduct a racial equity audit as well, noting the public statements the company made to take action on racial equality after the nationwide protests sparked by the police killing of George Floyd.

The call for the audit is part of the group’s “Beyond the Statement Tech Framework,” which demands concrete actions from tech giants in line with their lofty pledges.

“I think the follow-through has been a lot weaker than the statements,” Robinson said.

The platforms that have “built the systems” and deployed algorithms that have “supercharged so much inequality” should not “get to dictate the terms of how the problem gets solved,” he said.

Color of Change is also shifting as tides change in Washington with the Biden administration up and running and Democrats with a majority in Congress to push for policy action, Robinson said.

But Robinson said he will also remain focused on creating a framework to give people the power to push for change.

“We will always lose in the back rooms on the issues we care about if we do not have the people lined up at the front,” he said. “And my work every single day is working to build the infrastructure to get people lined up to fight — it’s not to speak for — but it’s to help build the infrastructures and the vehicles, so folks can speak for themselves. So we can have more people fighting for change, more people holding these companies accountable, and more ways to right the balance of power in the favor of more justice and more equity.”