Color Of Change Responds to Reports that FCC’s Pai Will Scrap Net Neutrality: “This is an attack on 21st century civil rights.” 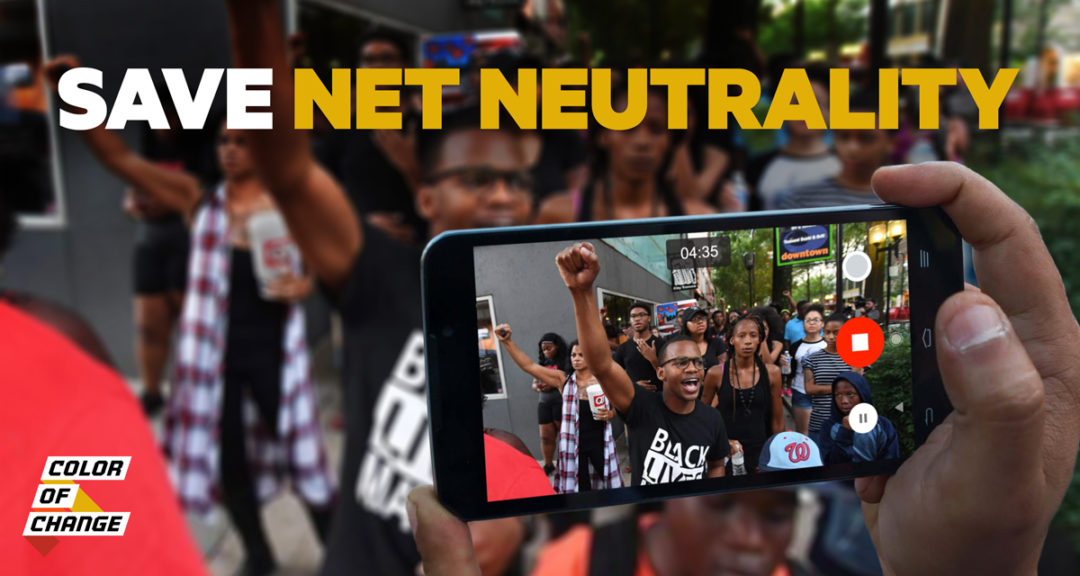 NEW YORK – Color Of Change, the nation’s largest online racial justice organization, issued the following statement in response to reports that FCC Chairman Ajit Pai plans to reverse net neutrality. Color Of Change was instrumental in pushing for the adoption of net neutrality by the FCC in 2015.

“Chairman Pai’s plan to gut the FCC’s net neutrality rules will devastate Black communities. Net neutrality is essential to protecting our free and open Internet, which has been crucial to today’s fights for civil rights and equality. Our ability to have our voices heard in this democracy depends on an open Internet because it allows voices and ideas to spread based on substance, rather than financial backing. Net neutrality ensures that the Internet is a place for innovation and opportunity for all, rather than just the wealthy few.

“Chairman Pai has now joined the chorus of Republicans in Washington who have signed onto Donald Trump’s corporate attack on our freedoms. But we won’t go down without a fight. Heading into the FCC’s May 18 meeting, we’re going to demand that our communities’ access to the Internet is protected. This is an attack on 21st century civil rights, and we are committed to defending them.”