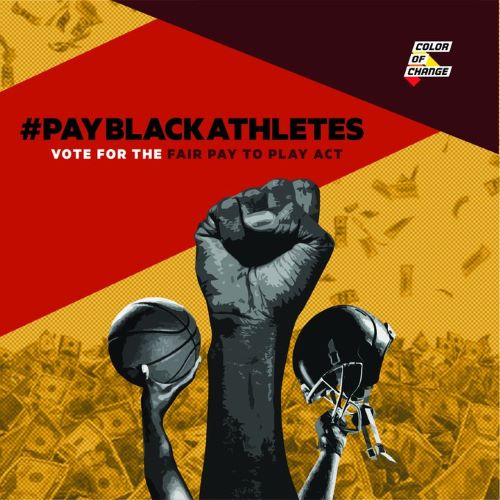 “The decision to sign the Fair Pay to Play Act into law finally cracks the foundation of the NCAA’s long-standing practice of exploiting collegiate athletes. This victory belongs to the student athletes, in particular, the Black football and basketball players, who will now be able to benefit from their own hard work.

We thank Senator Nancy Skinner (D-Berkeley) and Senator Steven Bradford (D-Los Angeles) for introducing the bill and their partnership with civil rights groups throughout this process.

Today’s signing is a critical step forward in the growing national movement to provide student-athletes the same rights as every other college student, to receive compensation for their labor. California, which has the most NCAA schools in the country, has set a historical standard for the remainder of the country to meet. The pressure now shifts to Congress, who must take up the mantle and provide legislative framework that extends fair compensation to student athletes in all states.

A movement is building. Color Of Change and its 1.5 million members will continue to advocate for fair pay  legislation in state capitols across the country.”